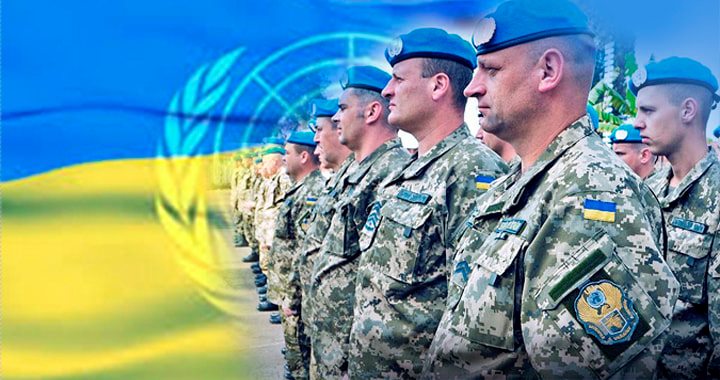 This holiday was established by the resolution of the Verkhovna Rada of Ukraine of May 21, 2013. It was on this day in 1992 that the mission in Bosnia began the participation of the Ukrainian military in peacekeeping and security operations conducted under the auspices of the UN, OSCE, NATO and the EU in the “hot spots” of the planet.

My sincere congratulations and words of deep gratitude and honor to all those who, above all, from Ukraine, serve a high mission to maintain peace and security in the world.
Glory and eternal memory to the heroes who, fulfilling their honorable mission, gave their lives for a safer world.
Ukrainian brave soldiers, true professionals, servicemen of the Armed Forces, other military formations and law enforcement agencies of Ukraine, are fulfilling their honorable mission in many parts of the world.
Ukrainian representatives still serve where the UN international peacekeeping force remains almost the only effective tool for restoring peace, security and stability.
Since independence, more than 42,000 servicemen of the Armed Forces of Ukraine have taken part in more than 25 peacekeeping operations under the auspices of the United Nations.
This gives Ukraine the undisputed right to count on international support today, when we have been defending ourselves and the civilized world from Russian aggression in Donbas for eight years now.

The deployment of a UN-sponsored peacekeeping operation in the occupied part of Donbas, including the border, would be an important tool that would radically change the balance of power in the struggle to restore Ukraine’s sovereignty and territorial integrity.
I wish the knights in blue helmets and their families good health, peace of mind, success, harmony and prosperity!
Glory to the peacekeepers!
Glory to Ukraine!
Chairman of the Board
Ruslan DZHALILOV