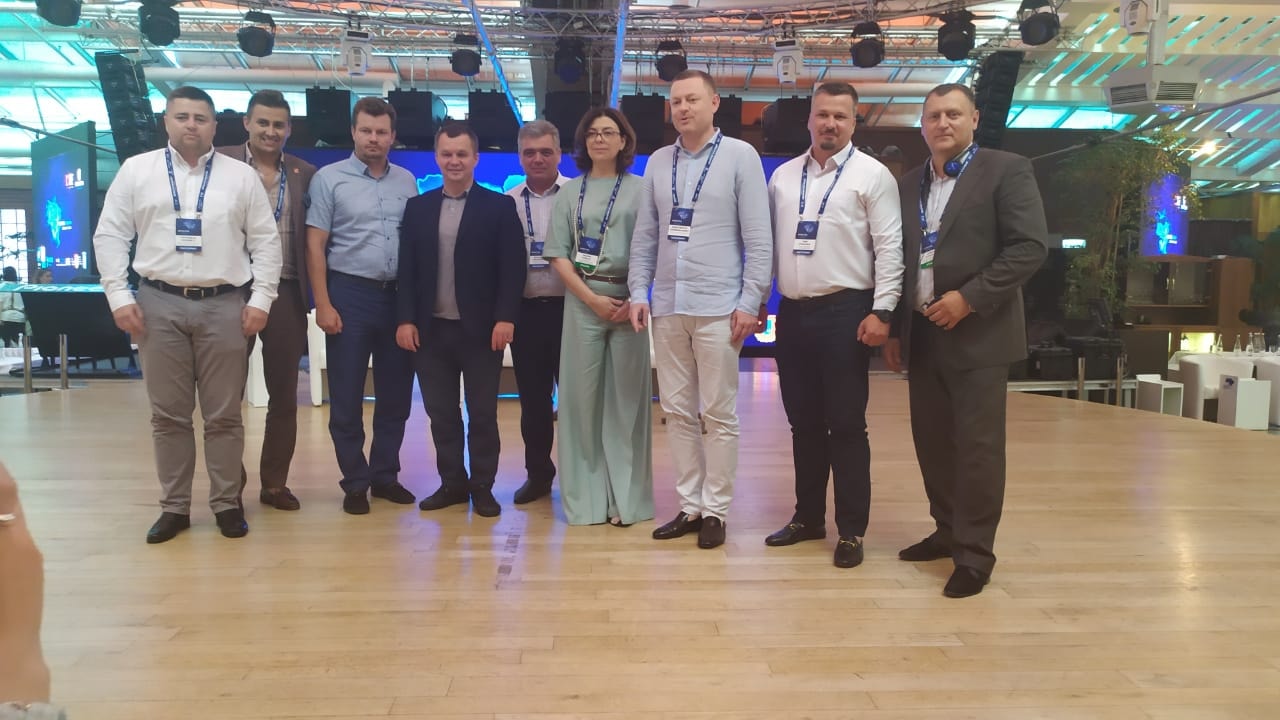 On July 16-17, I took part in the forum “Effective Industry for Defense Capability”, which took place in Odessa.

The forum is organized by the Lviv Security Forum and the State Concern Ukroboronprom and with the support of NATO, the Black Sea Trust of the German Marshall Fund and the Hans Seidel Foundation in Ukraine, as well as with the assistance of the Odesa Regional State Administration and Odessa National Polytechnic University.
The event was attended by Yuriy Gusev, Director General of SC Ukroboronprom, Oleksandr Pavliuk, Commander of the Ground Forces Command Preparation, NATO’s Deputy Assistant Secretary General for Defense Investment Division Gordon Skip Davis, British Defense Expert Glen Grant and Phillip Karber, President of the Potomac Foundation and a number of other international and Ukrainian experts.

I am sincerely grateful to the organizers of the Lviv Security Forum and the State Concern Ukroboronprom for inviting me to an extremely interesting and useful event.
For two days, high-ranking officials, international and Ukrainian defense experts discussed the use of unmanned vehicles in the Armed Forces, how it can change the tactics and strategy of hostilities. In addition, the participants exchanged views on the priority areas of development of Ukraine’s defense industry, in particular, the prospects for the production of anti-aircraft missile systems and high-precision weapons, the main challenges for the country in upgrading military aircraft, regulation of production and procurement of weapons and equipment.
The forum became a platform for exchanging expert opinions on the challenges and capabilities of Ukraine’s defense industry, a place to discuss how the planned reform of the defense industry should take place, based on the needs of the Ukrainian army, declared approximation to NATO requirements and tough international competition.

In my speech, I focused on how the defense industry should respond to existing global threats and changes in war strategies and priorities for the development of Ukraine’s defense industry.
I share the opinion with the academician of the National Academy of Sciences of Ukraine, dear Volodymyr Horbulin, that the main directions of development of the defense industry of Ukraine in the near future should be:
1. Improving the control system: the creation of a Unified automated control system of the Armed Forces (the use of modern programs that would allow the military leadership to make decisions and promptly bring them to combat units).
2. Development of modern systems of electronic reconnaissance and electronic warfare.
3. Development of the state air defense system according to the principle of Israel “Iron Dome”.
4. Development of high-precision means of destruction (projects Neptune, Vilha-M, OTRK Grim).
5. Creation of unmanned robotic platforms (creation of mosquito fleets: submarine, surface, ground and air).
6. Support for the production of conventional weapons.

The management of  Science Technology Ukraine and Ukrspetssystems LLC also spoke at the Forum as speakers. These companies are the flagships of our Association.

In my opinion, as a result of the reform of the defense industry, an effective combination of state and private property should be formed, which will fully meet the needs of the security and defense forces of Ukraine.

Today, when about 60% of the annual defense order is fulfilled by the private sector, its enterprises still remain in unequal conditions relative to the state. It would be logical to motivate private companies, for example, by creating a number of consortia with the participation of private defense industry.
Military-civilian integration of defense enterprises will allow the use of modern technologies to increase Ukraine’s defense capabilities and strengthen its economy.
The openness of the defense industry to internal competition will be a powerful stimulus for innovation and technological improvement of industry and, as a consequence, increase Ukraine’s defense capabilities.

Chairman of the Board
Ruslan DZHALILOV