35th anniversary of the Chernobyl disaster 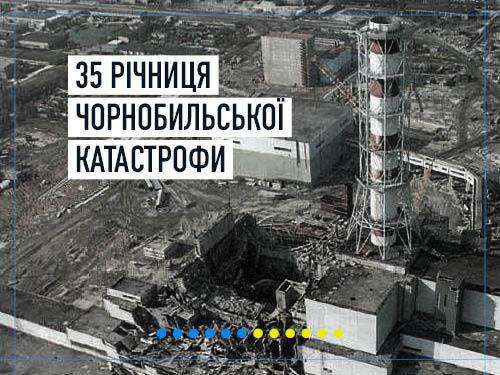 Exactly 35 years ago, on this day, the peaceful atom at the Chernobyl nuclear power plant turned into the world’s largest man-made environmental and humanitarian catastrophe caused by two thermal explosions and the subsequent destruction of the fourth unit of the Chernobyl NPP located in Ukraine (former USSR).

The destruction was explosive, the reactor was completely destroyed and a large amount of radioactive substances was released into the environment. There was an emission with a capacity of 300 Hiroshima explosions.

According to many, this event and the official reaction to it, which was demonstrated by Moscow, was one of the reasons for the collapse of the USSR.

The catastrophe is considered to be the largest in the history of nuclear energy, both in terms of the number of people killed and affected by its consequences, and in terms of economic damage.

The radioactive cloud from the accident passed over the European part of the USSR, most of Europe, the eastern part of the United States. Approximately 60% of radioactive substances settled in Belarus. About 200,000 people have been evacuated from contaminated areas.

About 600,000 people were radioactively affected, primarily the liquidators of the disaster. A 30-kilometer exclusion zone has been created around the Chernobyl nuclear power plant.

The active eruption of radioactive substances from the destroyed reactor was stopped only at the end of May 1986 by mobilizing the resources of the entire former USSR and at the cost of mass irradiation of thousands of liquidators.

Did you know that more than 300,000 servicemen, more than half of them military engineers and chemists, took part in the liquidation of the consequences of the Chernobyl accident?

It was the military liquidators who performed the most engineering- and radiation-hazardous work to overcome the consequences of the Chernobyl disaster. More than 1,000 specialists of the military medical service were constantly in the area of ​​the Chernobyl accident. More than 50 military doctors from the S.M. Kirov Military Medical Academy were sent to help civilian specialists to treat patients with severe radiation injuries in April 1986. In the first months after the Chernobyl accident, the military medical service was able to provide a mass medical examination of the evacuated population from the 30-kilometer zone of the Chernobyl nuclear power plant and the population of other radioactively contaminated areas as a result of the accident.

During the liquidation of the consequences of the Chernobyl accident due to non-compliance with the requirements of the regulations in force at that time, thousands of servicemen were irradiated in doses higher than allowed in the event of an accident. 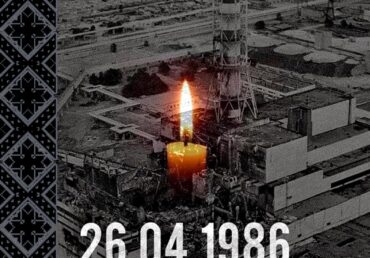 I bow to the people who, at the cost of their lives and health, then protected Ukraine and the world from a nuclear catastrophe.

Eternal memory to the victims of Chernobyl. Eternal honor to the heroes-liquidators. Health, peace and good for those who survived…