Command and control of troops. Why is Ukraine not ready for the war of the future? 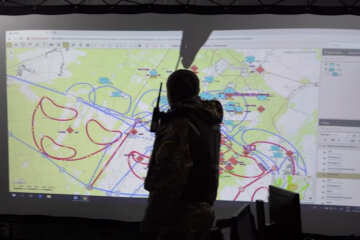 The new Military Security Strategy, a significant adjustment in the procurement of new weapons, clarified relations with Western partners in terms of military-technical cooperation, the announced tasks of the defense-industrial reform – all these facts and decisions speak in favor of positive changes in the heads of the military-political leadership. We seem to have learned how to choose priorities.

But in terms of their implementation, as before, there is a total mess. Only such a conclusion can be drawn from just one example – the implementation of the task of constructing an ACCS.

Even a quick review of the enemy’s control systems speaks of Ukraine’s glaring backwardness. Kyiv, instead of cleverly using sanctions against Russia and reducing the gaps in rearmament, is surprisingly inconsistent. At the same time Ukraine is home to some of the best IT specialists in the world and is able to reach the level of development of other countries in a few years. This progress can also be made in the field of automation of command of armies and armaments.