The seventh anniversary of the MH-17 plane crash 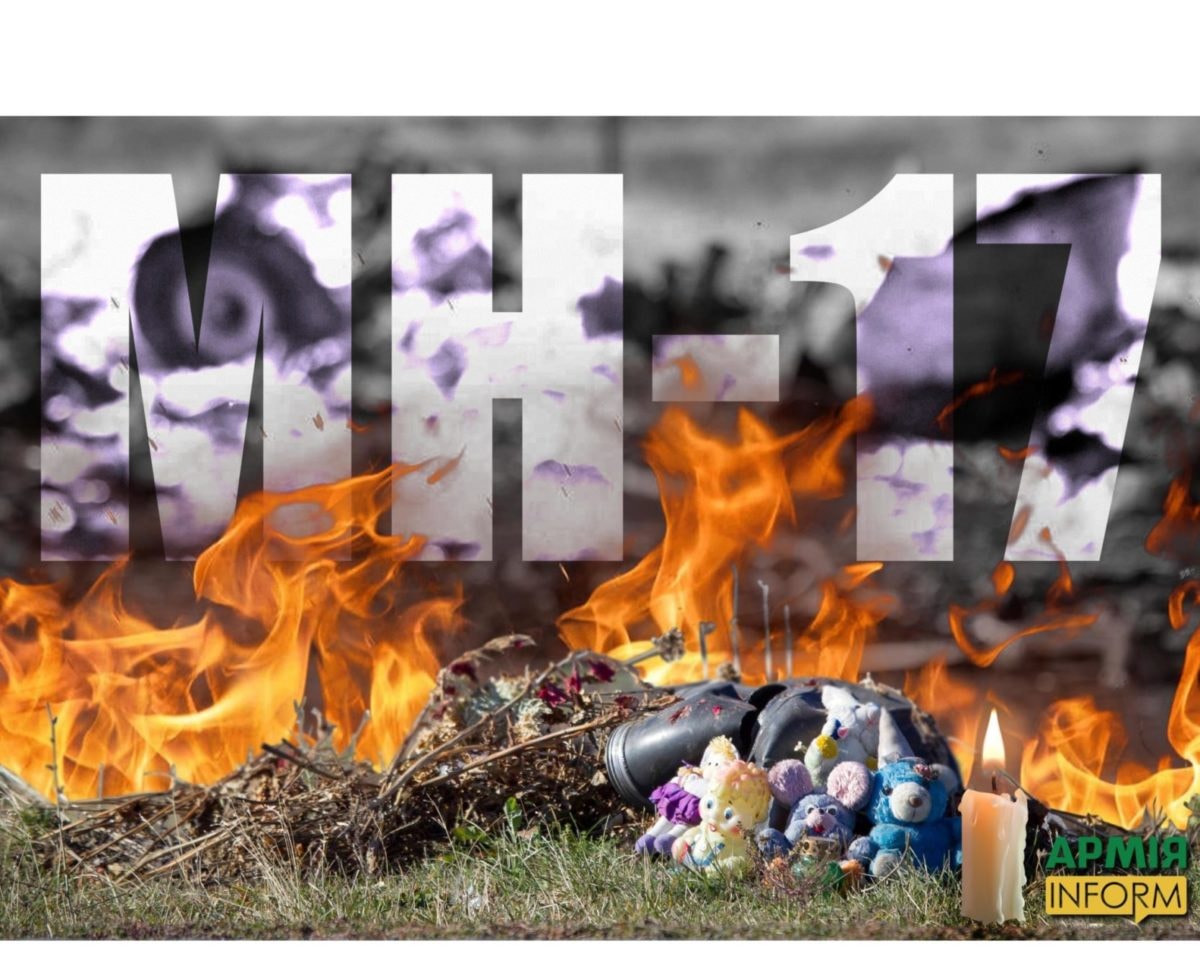 Today is the seventh anniversary of one of the biggest plane crashes in human history.

On July 17, 2014, the whole world was shocked by the terrible news:
a Boeing 777 of flight MH17 “Amsterdam – Kuala Lumpur” was shot down in Donetsk region. All 298 people on board were killed, including 80 children.
The victims came from 17 countries. The liner was hit by a missile from the Buk air defense system, which belongs to the 53rd anti-aircraft missile brigade of the Russian Armed Forces, stationed in Kursk. This conclusion was reached by an international investigation team investigating the circumstances of the tragedy in late September 2016.
On July 29, 2015, the UN Security Council voted to establish an international tribunal to investigate the crash. The tribunal proposed Australia, Belgium, Malaysia, the Netherlands and Ukraine. Permanent members of the UN Security Council, Britain and France supported the establishment of the tribunal, China abstained. Two non-permanent members of the UN Security Council also abstained: Angola and Venezuela. 11 votes in favor, but the decision to establish a tribunal was blocked by Russia.

On October 13, 2015, the Security Council of the Netherlands submitted a final technical investigation report stating that the plane had been shot down by a missile from the Buk anti-aircraft missile system. All other versions have been officially refuted.
On May 24, 2018, the Joint Investigation Team for the crash of flight MH17, which includes representatives of the Netherlands, Australia, Malaysia, Ukraine and Belgium, determined that the plane was shot down by a self-propelled unit “Buk” belonging to the 53rd brigade from the city of Kursk Federation.
On June 19, 2019, the Prosecutor’s Office of the Netherlands, based on the investigation of the Joint Investigation Team, charged four suspected terrorists in the case of the downing of flight MH17 in Donbass in 2014: Russians Igor Girkin (Strelkov), Sergei Dubinsky, and Oleg Pulatov, Ukrainian citizen Leonid Kharchenko. According to the Dutch prosecutor’s office, they all played a significant role in the delivery and use of Buk.

The trial in the case of the downing of a Malaysia Airlines passenger plane over the territory of Ukraine began in March 2020 in the District Court of The Hague. Due to the COVID-19 coronavirus pandemic, the hearing was postponed until June, and on June 8, 2020, the court resumed its work. The trial concerns the first four accused of shooting down flight MH17.
On May 26, 2021, in the Netherlands, the court held an on-site hearing and proceeds to consider the case MH17 on the merits. The meeting took place at the Gilze-Reyen military air base, where the reconstructed Boeing is located.
On June 7, 2021, the court began consideration of the case of the MH17 disaster on the merits. None of the accused came to the trial, as well as to the previous court hearings. Only the interests of the Russian Oleg Pulatov, who played a leading role in the secret services of the self-proclaimed “DPR”, were represented by lawyers.
On June 9, 2021, a court in the Netherlands provided evidence that flight MH17 crashed as a result of an explosion from a Buk missile. According to the judge, there is nothing that would indicate a different scenario of tragic events in the sky over Donbas. The prosecutor’s office had additional evidence in favor of the version that the rocket was launched in the area between the villages of Pervomaiske and Snizhne in eastern Ukraine, which are controlled by DNR separatists.
The court also showed how the separatists received an air defense system from Russia, with the help of which a plane flying flight MH17 was shot down over Donbas. According to the investigation, on the night of July 17, 2014, the Buk SAM arrived in the Ukrainian Donetsk via the Russian border. Then the route of the Volvo tractor was described in as much detail as possible, on which the Buk unit was reloaded on the territory of Ukraine, from Donetsk via Makiivka, Shakhtarsk and Torez to Snizhny. This was done for the first time in public to such an extent thanks to eyewitness testimony, telephone tapping, photos and videos.
In June 2021, the court completed the demonstration of all oral evidence in the case. In September 2021, relatives of those killed in the crash of flight MH17 will be able to go to court.
The continuation of the trial in the case of the downing of flight MH17 is the most important step towards establishing justice and bringing to justice those responsible for the downing of the plane and the death of people. And no matter how hard Russian propaganda tries to distort reality, with each new piece of evidence in court, the crime of Russia, which started the war against Ukraine, becomes more obvious to the world. And we are confident that the perpetrators of this crime, as well as thousands of other crimes committed as a result of the aggressive behavior of the Russian government and its mercenaries in Ukraine, will be justly punished.
The memory of this terrible tragedy will never fade. We share with the relatives of the victims the pain of losing their loved ones.
Eternal memory of the dead…
Armyfm.com.ua