Despite the lack of orders and funding from the State, State Kyiv Design Bureau “Luch” continues to work on the creation of the first Ukrainian strike drone complex, Defense Express reports.

Oleh Korosteliov, General Designer and General Director of “Luch” Design Bureau, expects that in a year the state-owned enterprise and its associates will be able to create a prototype of the Sokil-300 strike and reconnaissance UAV and begin testing it.

“We are now urgently working in all directions (development) – engine development, production of the glider, testing of those components that we announce, and I hope that in a year we will make progress,” – said Oleg Korosteliov. 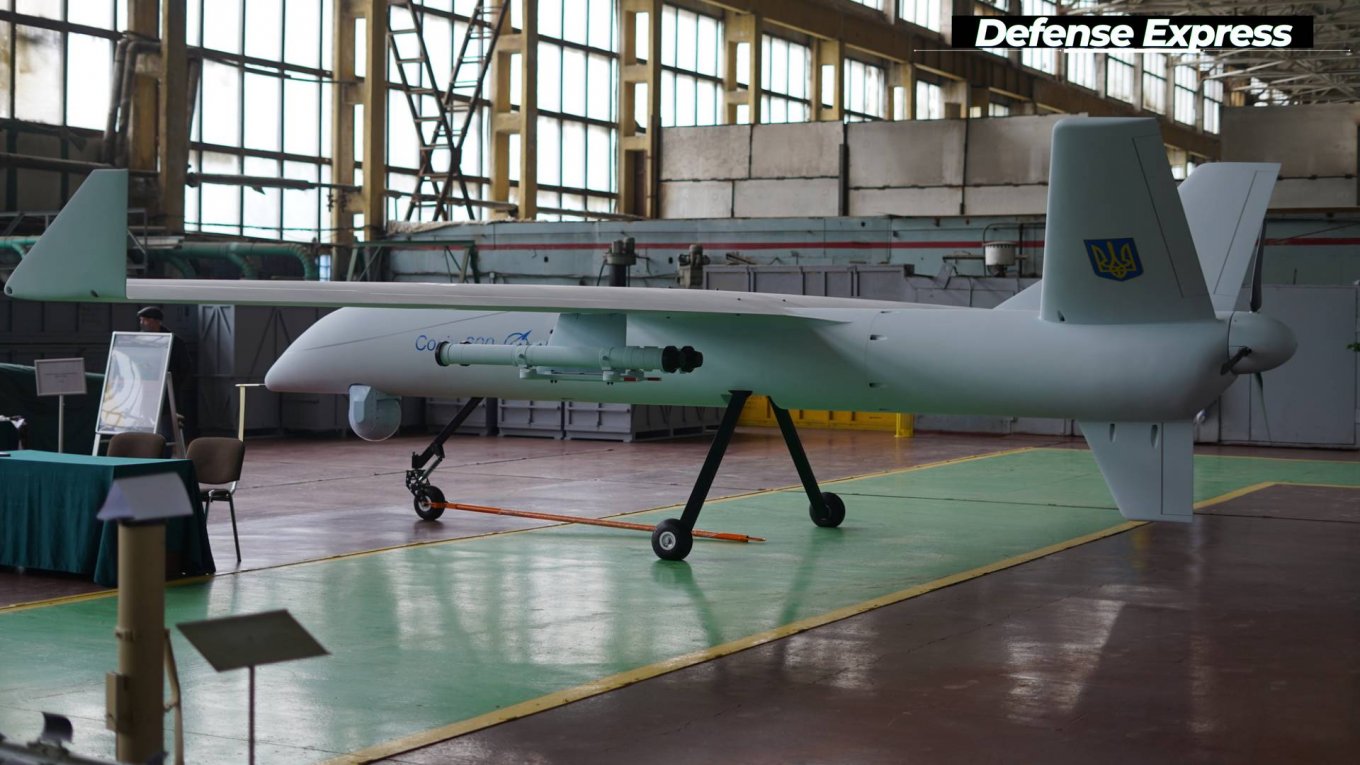 Full-size model of the Ukrainian Sokil-300 strike and reconnaissance UAV from “Luch” during the first presentation on November 6, 2020

Currently, all work on the project is funded by the company’s own working capital. However, DB Luch hopes that the Ministry of Defence, which is currently purchasing Turkish Bayraktar TB2 complexes, will join the financing.

“I expect the military to take another sensible step. Let’s sign the decision, let’s start work. Moreover, it costs much less than Bayraktar TB2. And at the same time, we will try to carry out our own development, which will ultimately give results, at least in that Ukrainian complex will compete, reducing the cost of Turkish UAV and increase the functionality of its development,” – said General Designer-General Director of State Kyiv Design Bureau “Luch”. 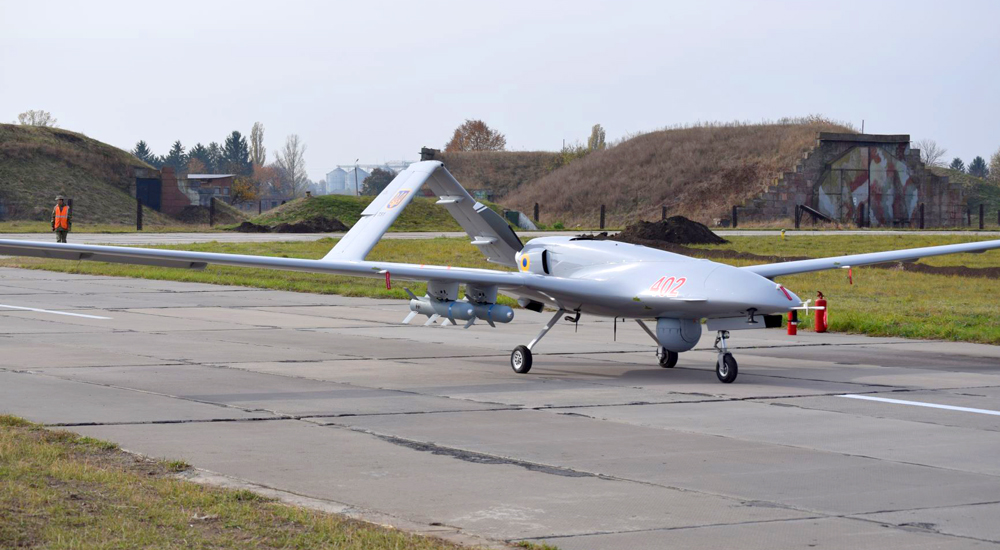 In his opinion, the creation of a Ukrainian strike complex of this class will allow (in addition to such understandable things as the development of Ukrainian defense capabilities and export potential) to supplement the strike and reconnaissance capabilities of unmanned aerial vehicles of the Armed Forces of Ukraine. 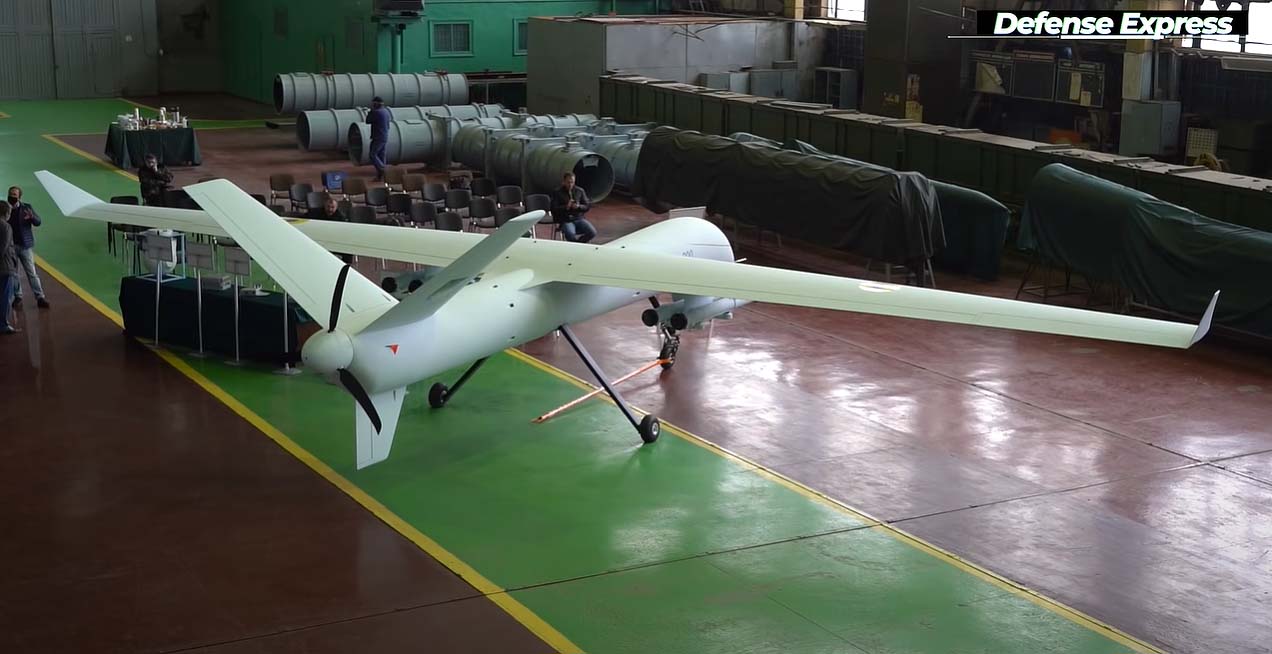 Full-size model of the Ukrainian Sokil-300 strike and reconnaissance UAV from Luch during the first presentation on November 6, 2020

We remind that the “Luch” strike drone became known for the first time on the eve of the postponed exhibition “Weapons and Security” (which was to take place in October 2020). The official presentation of the Sokil-300 model took place in early November last year. 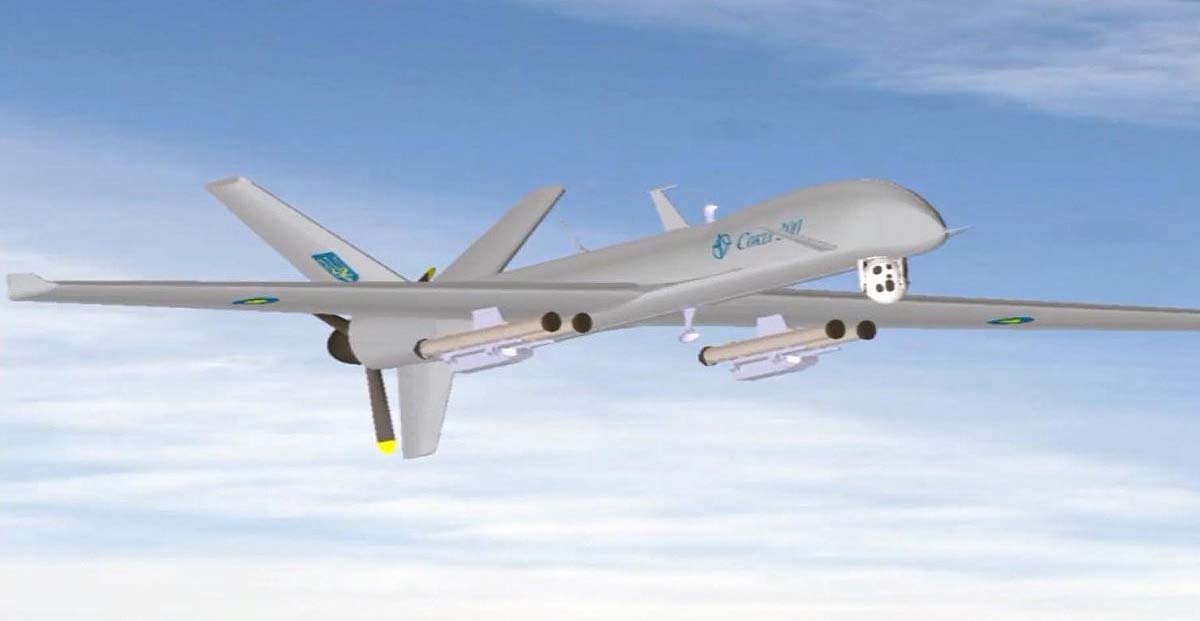 The Ukrainian device is equipped with the latest domestic gyrostabilized optical sighting station OPSN from SE “Izyum Instrument-Making Plant” and is able to scan the earth’s surface through the clouds using a radar station to detect marine and ground targets and small radar with synthesized aperture of radar (SAR).

Tactical and technical characteristics of the Sokil-300 UAV from “Luch”

In turn, in early April 2021, the press service of Ukroboronprom reported that the Kyiv design bureau Luch is developing the Sokil-300 reconnaissance and unmanned aerial vehicle at its own expense and is doing so, despite the lack of state funding and orders from the military and the purchase of the Turkish Defense Ministry of Turkey Bayraktar TB2.